The sweet, little dumplings have turned two weeks old.  They have continued to do their Puppy Culture early neurological stimulation exercises, and they have had some firsts as well.  They had their first nail trims and they have opened their eyes to the big world around them.  They are increasingly mobile and have been practicing their little staggering, drunken sailor walks.  They get cuter by the day. 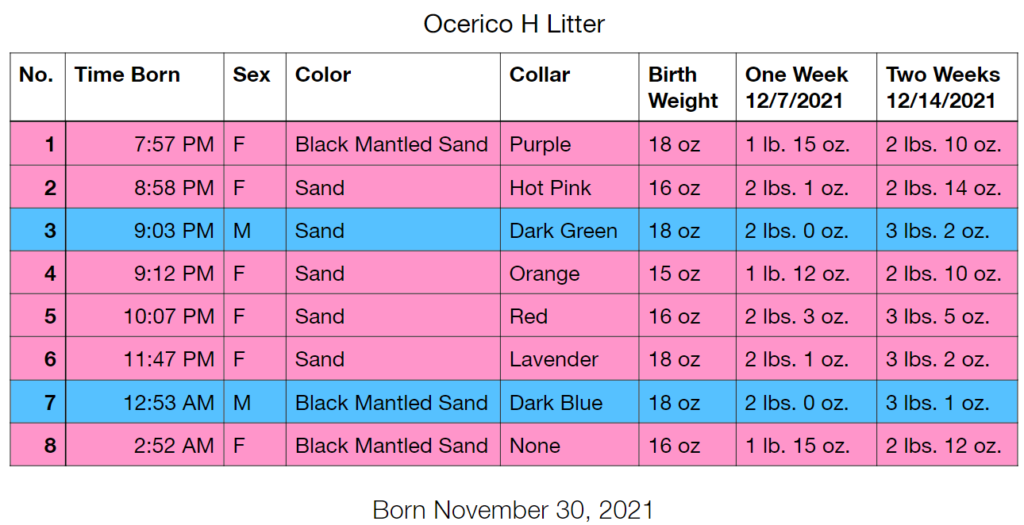